Is the Demise of the 43% DTI Rule on the Horizon?

Note from the Writer

This article was published just days after the World Health Organization (WHO) declared the spread of COVID-19 a pandemic. Subsequently, the Consumer Financial Protection Bureau (CFPB) prioritized the steps they could take in response to the COVID-19 emergency and related financial crisis. This resulted in the following changes to their 2020 Agenda:

Deadline missed to issue a Notice of Proposed Rulemaking (NPRM) related to the ATR/QM rule.

Proposed to amend the General QM definition in Regulation Z to replace the DTI limit with a price-based approach and to extend the GSE Patch to expire upon the effective date of that amendment.

Issued an NPRM to create a new category of seasoned qualified mortgages (Seasoned QMs) that would encourage innovation in the market and help ensure consumer access to responsible and affordable mortgage credit.

The end of the 43% DTI rule is approaching — so say many in the mortgage industry. Is this an accurate reading of the recent steps taken by the Consumer Financial Protection Bureau (CFPB) or just wishful thinking? In a letter to Congress in January of this year, Director Kathy Kraninger stated that the CFPB was proposing an amendment to the Ability to Repay/Qualified Mortgage rule (ATR/QM rule) that would eliminate the debt-to-income (DTI) ratio as a qualifying factor in mortgage underwriting. However, the road from a proposed amendment to actual implementation can be a winding one with a number of potential detours and roadblocks.

To fully understand the complications of such a move and the contentious relationship between the 43% DTI rule and the exemptions implemented by the CFPB, it helps to review the origins of both.

As many of us recall, the 2007 crisis in the subprime mortgage market and the subsequent 2008 financial crisis led to the Dodd-Frank Wall Street Reform and Consumer Protection Act in 2010. As part of the act, the CFPB was created the following year with the purpose of protecting the interests of consumers in relationship to financial products and services. In January 2014, the CFPB enacted the ATR/QM rule. Simply put, it required a lender to verify a borrower’s ability to repay a loan before approving it. To be considered a qualified mortgage (QM), a borrower’s ability to repay the loan was based on eight factors:

Although the CFPB had considered alternatives, it ultimately settled on a hard DTI limit of 43% for QM loans, with the exception of government-insured loans through the VA, FHA, and USDA programs. At the time, this one-size-fits-all approach received pushback from industry groups and consumer advocates. Many mortgage industry representatives and consumer advocates were against it. They argued that it was constraining, increased the possibility of litigation, and would result in the exclusion of borrowers.

Because loans with DTI ratios above 43% represented a significant percent of mortgages and were not by nature inconsistent with responsible lending, the CFPB proposed a Temporary GSE QM loan provision, which came to be known as the GSE Patch. The GSE Patch created an exemption from the 43% DTI rule for loans eligible for purchase or guaranteed by government-sponsored enterprises (GSEs), aka Fannie and Freddie. This exemption would be available for seven years or until either GSE ceased to be in conservatorship.

The CFPB believed that the GSE Patch was a way to preserve access to credit for consumers during a transitioning mortgage market. In addition, it could be a temporary solution for borrowers whose income might be difficult to verify, but who could still demonstrate the ability to repay a loan. Then as today, many lenders thought the GSE Patch gave Fannie and Freddie an unfair advantage because they were exempt while loans backed by private capital were subject to the 43% DTI rule.

Options for the Future

With the expiration of the GSE Patch on the horizon, January 10, 2021, a number of paths forward could be considered, some more realistic than others.

Some have suggested that letting the GSE Patch expire would restore equity in the industry. Fannie and Freddie would no longer have an advantage. However, a number of industry experts have estimated that anywhere from 16% to 19% of mortgages are originated under the GSE Patch. The size of this segment within the mortgage market was one of the original reasons for its implementation. This has led some to argue that simply letting the GSE Patch expire as scheduled would have a significant impact and very likely disrupt the current mortgage market. 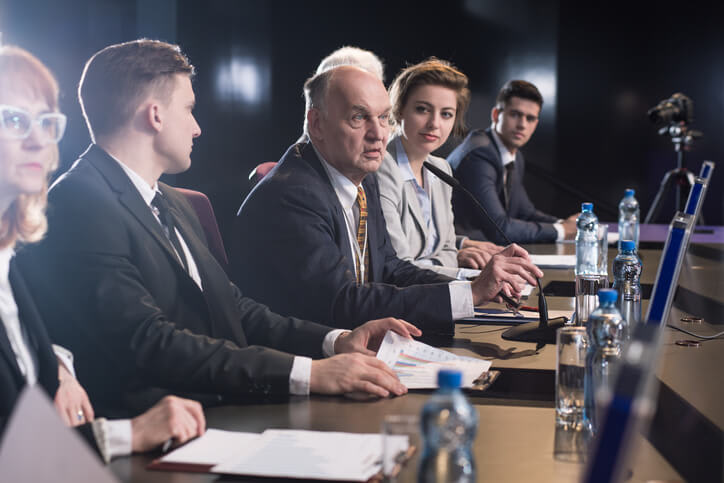 Instead of letting the GSE Patch expire, the CFPB could kick the can down the road and extend it for a specified period. However, this would not address the concerns of many lenders who feel the playing field is not level when they are competing against Fannie and Freddie. In addition, the Federal Housing Finance Agency (FHFA) has been discussing the GSEs’ exit from conservatorship in the near future. As you recall, the GSE Patch was dependent on a seven-year period or the end of the GSEs’ conservatorship.

Eliminating Both the GSE Patch and the 43% DTI Rule

Some advocate for the expiration of the GSE Patch because they feel it would also spell the end for the 43% DTI rule. Many lenders would agree that, while relevant, DTI is not the only factor that can be used to determine a borrower’s ability to repay a loan. They suggest that the rigid standard of 43% should be eliminated or, at the very least, modified. The counterargument is that the DTI requirement is a safeguard against another financial crisis and that it helps consumers avoid taking on debt beyond their ability to pay.

Alternatives to the 43% DTI Rule

A number of alternatives to the 43% DTI rule have been suggested for classifying a loan as QM or Non-QM. Keep in mind that to be viable, an alternative must allow the lender to assess the borrower’s ability to repay, without unfairly excluding low-income borrowers. Let’s examine a few of the alternatives that have been discussed by individuals in the industry.

The alternative recently mentioned by the CFPB was a pricing threshold where loans above the limit would fall into the Non-QM classification. The suggested threshold in this case would be the difference between the loan's APR and the Average Prime Offer Rate for a comparable loan.

Another popular alternative put forth is to classify a mortgage based on a specific seasoning period. The seasoning period would be for a set number of months, such as 12 or 24. If, during that time, the loan did not become delinquent, it would be classified as QM as long as it met the other requirements.

Others have suggested that a DTI limit could be retained. However, it should be modified to offer compensating factors or some type of validation process to allow for exceptions to a hard DTI limit. Loans using this alternative would need to be fully documented, have specific compensating factors, and meet the other QM product requirements.

The 43% DTI rule and the GSE Patch are closely intertwined and a decision about one will influence the other. While it’s hard to predict with certainty what will happen next year, the CFPB has provided some signals of the path they may take. Let’s look at them before moving forward.

The CFPB states that it plans to allow the GSE Patch to expire in January 2021 or after a short extension.

Director Mark Calabria of FHFA suggested the end of the GSE conservatorship by either 2022 or 2023.

Before the House Committee on Financial Services, Director Kathy Kraninger stated that the CFPB plans to propose the following:

The deadline for the CFPB to issue a Notice of Proposed Rulemaking (NPRM) seeking comments on the amendments suggested for the ATR/QM rule.

Expiration of the GSE Patch.

What action will spell the end for the GSE Patch? Although the FHFA has suggested the conservatorship of Fannie and Freddie is coming to a close, it won’t be until 2022 at the earliest. Instead, the deathblow will likely come from the CFPB. They have stated that they plan to let the GSE Patch expire in January 2021. Although there appears to be some flexibility to this deadline, it’s likely it will be for a short period, only long enough to accommodate the implementation of an alternative to the 43% DTI rule. What will be the alternative to the 43% DTI rule? The most likely option will be what the CFPB has put forth, a pricing threshold. When will we know more? Aside from current speculation from the industry, we will likely have to wait until the CFPB puts out their NPRM in May seeking comments on their proposed amendments.

Although the CFPB has charted a course for the expiration of the GSE Patch and the elimination of the 43% DTI rule, it would be naïve to think it’s set in stone. Any number of factors could affect the steps the CFPB takes in the next 12 months. The economy is one example. An economic downturn would likely influence the CFPB’s plans. Another complication could be that this is an election year, with the possibility of a new administration and new CFPB policies in 2021. A force that can be counted on is the mortgage industry itself. The CFPB can expect varying views and heated debate from lenders, realtors, consumer advocates, and other members of the industry. What can’t be gauged is whether any amount of advocating will have an actual influence on the CFPB’s decision.

Although Kathy Kraninger, Director of CFPB, has charted a course to end the 43% DTI rule, the success of the move is not guaranteed.

There has been constant controversy surrounding the 43% DTI rule. Some welcome it as a true safeguard against irresponsible lending. Others view it as an impediment to qualified buyers and their lenders. Still others define it as an obsolete rule that has outlived its usefulness. Regardless of your position, the CFPB is giving every indication that this rule will be replaced in the near future. Exactly how the CFPB will accomplish this is unclear. Hopefully, the NPRM in May will provide additional details that can help the mortgage industry prepare for the coming change.

Whether you offer QM or non-QM loans, you can count on a partnership with Axos Warehouse Lending to provide the diverse loan programs you need. Call 1-888-764-7080 today to learn more.

Is the Demise of the 43% DTI Rule on the Horizon?

0 Responses to Is the Demise of the 43% DTI Rule on the Horizon?

Commercial
What Is a Flat-File Transfer?

Fintech Flat-file transfers is a cost effective method for retrieving and updating system data for organizations of all sizes.

Nonprofit | Learn how to leverage digital banking solutions to optimize the management of funds for your nonprofit organization.

ACH Payment | As you outgrow your business model, you may benefit from a more sophisticated banking relationship to help safely optimize how invoices, bills, and payments processed.

Commercial
Recipe for Resilience During Restructuring

Bankruptcy | Chief Restructuring Officers (CROs) use their industry-specific expertise to fine-tune a business’s finances and/or operations pre, during, and post-bankruptcy.

Commercial
What Is Treasury Management

Risk Assessment | Do not become a crime statistic – learn how to ensure that your business is doing everything it can to maintain trust with increased data security.

Commercial
What Is an API?

Fintech | APIs are integrated in our daily lives. Learn how this technology can benefit your organization.

Commercial
Not Just Another Zero