How a “Duck Hunt” Led to the Federal Reserve

The Federal Reserve (Fed) is a frequent topic on the evening news; yet, many Americans know very little about this powerful institution, the influence it has on the economy, and the mysterious meeting more than a hundred years ago that laid the foundation for its birth.

A Duck Hunt on Jekyll Island

In November 1910, six powerful men made their way to Jekyll Island, off the coast of Georgia, for a duck hunt. Jekyll Island was known for its abundant wildlife and structures made from tabby, a coastal cement mixture of lime, water, sand, ash, and broken oyster shells. The guest list included Nelson Aldrich, a powerful Senator from Rhode Island and Chairman of the U.S. Senate Finance Committee; A. Piatt Andrew, Assistant Secretary of the Treasury Department; Henry Davison, Partner at J.P. Morgan and an advisor to the National Monetary Commission; Arthur Shelton, Secretary of the National Monetary Commission; Frank Vanderlip, President of National City Bank (today's Citi Bank); and Paul Warburg, Director of Wells Fargo & Company.

The duck hunt turned out to be a ruse. Instead, these titans of the business and political worlds had come together to carve out a plan to reform the young nation's banking system. The U.S. economy had been continuously disrupted by a series of banking crises and reoccurring nationwide panics.

Ultimately, the plans these men set out for a central banking body at this secret gathering on this secluded island became the Federal Reserve.

The significance of the Jekyll Island meeting wasn't revealed until years after the Federal Reserve Act was passed in December 1913.

The Federal Reserve System, or Fed, is the central bank of the U.S., and its purpose is to promote the effective operation of our economy. It's made up of 12 regional banks and a Board of Governors consisting of seven people. The Board of Governors oversees 12 Reserve Banks and is directly accountable to Congress. Appointed by the President, the Fed Chair is the designated head of the Board of Governors. The 12 Reserve Banks are spread across the country, and Missouri is the only state with two official banks, one in St. Louis and the other in Kansas City.

Since its inception in 1913, the Fed has only had 16 different leaders with many Fed chairs having presided over multiple administrations. Janet Yellen became the first woman to hold the position on February 3, 2014, and Jerome Powell is the current Chair having been appointed on February 5, 2018.

The Fed's top concern is the effective operation of the U.S. economy. It promotes financial system stability, supervises and regulates financial institutions and activities, works to promote a safe and efficient system for U.S. dollar transactions, and promotes consumer protection and community development. However, it's best known for conducting the nation's monetary policy.

Monetary policy is the management of the nation's money supply and credit to promote maximum employment and stable prices for goods and services. The Fed controls the supply of money mainly by raising or lowering the federal funds rate. Lowering the rate boosts other asset prices if the economy is sluggish or inflation is too low. Raising the rate may be necessary if the economy is overheating or inflation is too high. These changes will then affect the spending decisions of households and businesses.

To keep the financial system stable, the Fed monitors the relationships between investors, savers, borrowers, and businesses – both in the U.S. and outside the country. Their goal is to make financial institutions and markets more resilient, so they can bend without breaking during times of distress.

For example, during WWII the Treasury and the Federal Reserve worked together to help finance the war. It was necessary for the military to purchase ships, airplanes, vehicles, guns, and ammunition, in addition to recruiting, training, and deploying millions of soldiers across six continents. The 12 Federal Reserve Banks organized Victory Fund committees to market war bonds to direct the savings of American citizens into the war effort. The majority of the bonds issued were in small denominations, $25 or less. The Treasury also asked the Federal Reserve to hold interest rates at low levels to keep the costs of the war down.

When the terrorist attacks occurred on September 11, 2001, the Fed found the planning and training they had previously developed to deal with the Y2K bug invaluable. They quickly moved to assure bankers and investors that they would continue to provide lending to keep the economy going. In the days that followed, the Fed lowered interest rates and loaned more than $45 billion to financial institutions in order to provide stability to the U.S. economy.

During the Great Recession from December 2007 to June 2009, the Fed took some nontraditional approaches. It kept the federal funds rate at an exceptionally low level for an extended period of time with the intention of providing monetary stimulus. It also implemented credit-easing programs to keep credit flowing and reduce its cost. Finally, the Fed took the unusual step of purchasing mortgage-backed securities (MBS) and the debt of housing related U.S. government agencies to provide support for the housing market, which was at the center of the crisis and recession.

The Fed regulates and supervises a broad range of financial entities, including bank holding companies, state member banks, savings and loan holding companies, foreign banks operating in the U.S., and others. It issues specific regulations and guidelines governing the formation, operations, activities, and acquisitions of these financial entities. It also is involved in monitoring and examining these entities to make sure they operate in a safe and sound manner. The Fed will take formal action against any institution that violates the rules, including cease and desist orders and civil money penalties.

The Fed provides services to the federal government and depository institutions and is the banker for the U.S. Treasury. The Reserve Banks provide the U.S. Treasury with a checking account, and the Fed processes payments and deductions from the Treasury's account. Much of this is done electronically through the Treasury Direct system.

While the Treasury produces U.S. paper money and coin, it's the Fed's job to put newly produced money into circulation. It's also their responsibility to destroy money that is no longer fit for circulation. When money makes its way into a Federal Reserve Bank, the Fed assesses the quality of the currency and orders its destruction if it's not up to standard. The average $1 bill remains in circulation for nearly 6 years, the average $10 bill lasts for only 4.5 years, and the life expectancy of a $100 bill is around 15 years.

The Fed also keeps a watchful eye on financial institutions to make sure they follow the laws that protect consumers. These consumer credit laws help ensure that financial institutions are acting in the public's best interest. The Truth in Lending Act, the Equal Credit Opportunity Act, the Home Mortgage Disclosure Act, and the Truth in Savings Act are all examples of consumer credit laws. In addition, the Fed conducts extensive research, analysis, and data collection to identify emerging consumer financial issues and their implications.

While there are 12 Federal Reserve Banks, the New York Federal Reserve Bank has the highest status. The New York Fed is the largest in terms of assets and volume of activity and has several unique responsibilities. For one, it is responsible for conducting open market operations, which is the buying and selling of outstanding U.S. Treasury securities. To carry out exchange rate policy, it buys and sells dollars as directed by the U.S. Treasury. One of its most noted responsibilities is the storage of gold for the U.S. government, foreign governments, other central banks, and official international organizations.

The New York Fed Bank building is located in the Financial District of Manhattan, New York City on 33 Liberty Street. It was constructed between 1919 and 1924 and occupies the full block. Its vault rests on bedrock, 80 feet below street level, and contains the world's largest depository of gold, estimated to be 508,000 gold bars weighing approximately 6,350 tons in 2015. 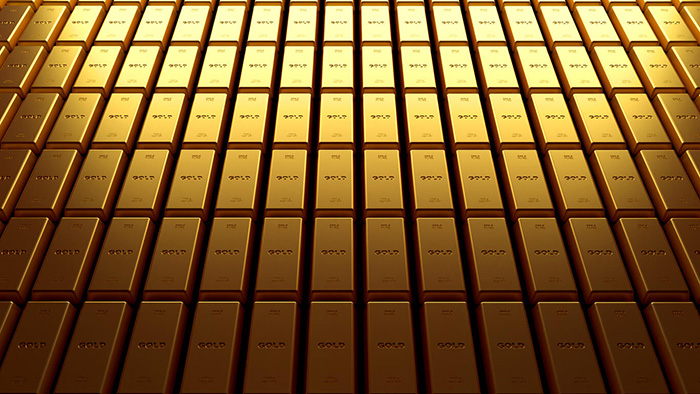 How an Increase in the Federal Funds Rate Affects Consumers

The Fed has kept the federal funds rate relatively low for an extended period of time. When the Fed decides to push up rates, consumers looking to purchase a home or who have adjustable-rate mortgages could pay more on their loans. Although a Fed rate increase doesn't directly affect mortgage rates, it does impact the 10-year Treasury bond, which is tied to mortgage rates. Consumers looking to purchase a home should consider doing it sooner rather than later, and homeowners with adjustable-rate mortgages may want to consider refinancing to a fixed-rate loan.

When the Fed raises its rate, banks quickly follow by increasing their prime rate. Since most credit cards come with variable rates tied to the prime rate, consumers may want to pay down their credit card debt to avoid paying higher rates. An increase in Fed rates also means increased interest rates for student loans and auto loans. As with mortgage loans, the sooner a consumer can lock in a rate, the better.

Few people would have expected that a secret meeting on an isolated Georgia island would lead to the birth of a U.S. institution that is the most powerful single actor in the nation's economy. Yet, for over 100 years, the Fed has played a crucial role in American life, from influencing interest rates, to monitoring the economy for signs of trouble, to fining companies that aren't following the rules, to promoting community development.

For more information on Mortgage Programs available at Axos BankTM, a federally insured institution, and how increases to the federal funds rate can affect fixed and adjustable rate mortgages; please call at 888-546-2634 today.

How a “Duck Hunt” Led to the Federal Reserve

Personal Finance
5 Tips to Save Money on Car Maintenance

Home Loans | Worried that refinancing your home loan will be more effort than it’s worth? Check out this guide to determine if a mortgage refinance is right for you.

Personal Finance
How Contingency Clauses Can Impact Your Home Purchase

Home Buying | Including buyer contingency clauses in your real estate offer is considered a smart move to protect yourself during the home purchase process. But will it cause sellers to pass by your offer?

Home Loans | Did you go into business for yourself over the last couple of years? Here’s how to prepare for your upcoming home purchase or mortgage refinance.

Digital Banking | The answer is a resounding yes. See the top 3 reasons why online banks check every box.

Money Management | If you’re not careful, overdrawing your bank account can lead to some serious fees. Here’s everything to know about overdraft.

Auto Loans | With higher car prices due to prolonged inflation, it’s even more important to negotiate a good deal on your next purchase. Here’s how to negotiate successfully.

Personal Finance
Loan or Lease: What’s the Best Option for You?

Auto Loans | You’ve decided to get your next vehicle. But should you purchase with a traditional loan or do a lease? Here are some benefits and drawbacks of each option.

Personal Finance
HELOC or Cash-Out Refinance: Which Is Right for Me?

Home Loans | Homeowners can leverage their home equity to get more done. But how do you know which home equity loan option to choose?